“Music is life…Love the music and create whatever your heart desires. We love creating different styles of dance music. Music will always make your life move in unexpected ways to come.”

One of New York City’s finest underground DJ duos, HH&B aka DJ Halo-Halo (pronounced hollow-hollow) and DJ Bula, have been making heads nod and bodies rock throughout the city with their DJ skills for more than 20 years. They have been producing hip-hop break beats, original dance tracks & creating remixes since 1998.

Both born in New York, Halo-Halo (pronounced hollow-hollow) and Bula (pronounced boo-la) met each other back in the 1990’s and have been partners ever since. With the experience of DJing at dozens of NYC venues over the years such as Discotheque, Club Vesta, Vapor Lounge, Planet 28, Tangerine Lounge, Canal Room, Mumbai, Opaline, Mars 2112, Club República, Speed, Exit, Sound Factory, Fashion 40 lounge, Jade Terrace-China Club, Hammerstein Ballroom, Float, The Caulfield and also at The Lobby (Ithaca), The Nines Club (Ithaca), The Kings Club (Stonybrook), The Horse & Jockey Club (Stonybrook) and PLAY (Queens), these guys know what it takes to keep the party jumping all night long!

The first track released by the duo that launched their music making journey was a progressive trance song featuring Elaine Huie called “Give it to me” back in 2001 under Xtreme. Then in 2002, they demonstrated their hip hop break production skills on AV8 with their self-entitled EP, “Dj Halo-Halo & Dj Bula Vol. 1“, but getting tracks released under record labels was not an easy road and this was what inspired them to create their own label, which gave them the power to release music without restriction. Established in 2004 with long time DJ friends Roli Rho and Krazie Charlez, KUYA Entertainment was born.

Since then, HH&B continued to both release music under KUYA and submit music to record labels, but their most proud collaborations to date, happened in 2018 with house music legend Todd Terry, releasing two tracks under Todd’s InHouse label and a remix of Todd’s classic house track, “Da Bango under Todd’s FREEZE Records

To date, they have released over 100 dance music tracks celebrating their two millionth stream in February 2022. Thankful for their success, Halo-Halo gives his advice to those people who want to make it as a DJ in the music industry, “Put your all into it & always believe in your dreams.”. Bula also wants to share his take on what he calls the “main ingredient” in being successful in the industry, “Never forget that you do it because you love it.”.

Discover our music via this landing page link to all major streaming platforms and dance music outlets!

Thanks for you all for your support. 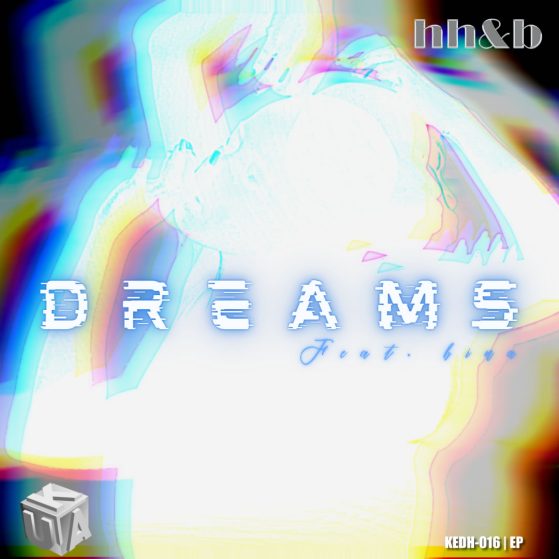 By hh&b
Available now on: